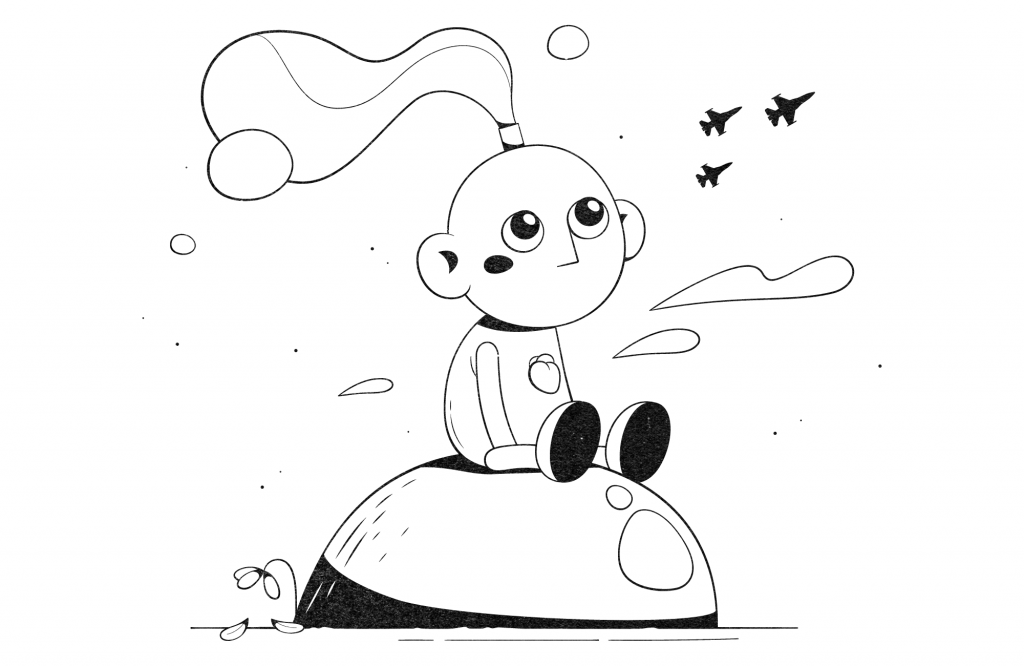 Once upon a time,

There was a little boy of one-year-old named Khalid, the Grumpy Grandpa. He was born in Kabul in 1980, in the midst of the Russian invasion.

Khalid’s young mother of 16 dreamed of raising her son in a beautiful and peaceful place called Canada. One quiet night, she made her bold move. Over the course of many weeks, the two travelled on donkeys over dangerous mountain terrains and by camel over desolate deserts, escaping their mother country. 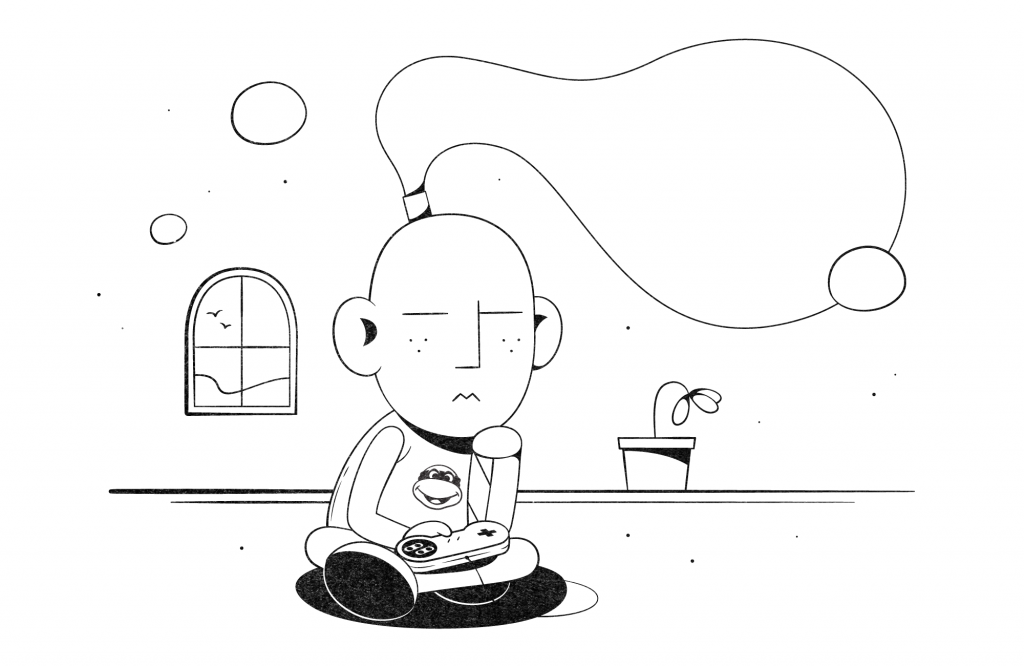 As a third culture child, Khalid often pondered life, asking questions like, “Who am I? What is the purpose of life? Will somebody ever make a Ninja Turtles movie?”

Khalid was an artist, a designer, a builder, and a hopeless romantic. His dream was to make art, be married, and become a rad dad. 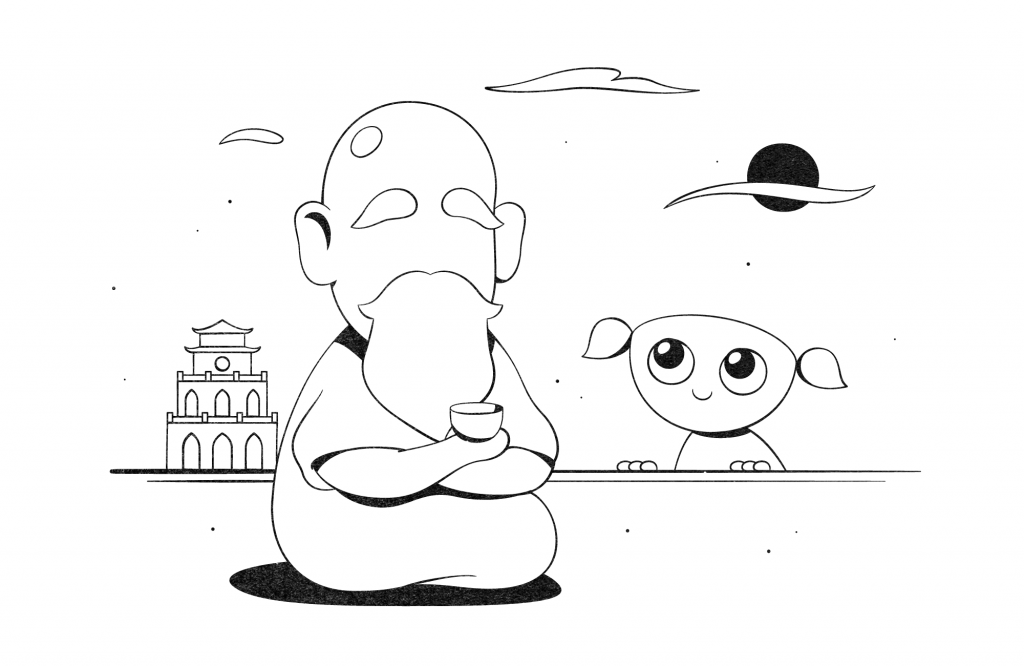 On the other side of the world, in the beautiful city of Hanoi, there was a rambunctious and feisty little girl named Lan the LFantastic! She loved her wise grandpa who taught her many skills like penmanship, good manners, and how to appreciate good Scotch.

Lan was a natural-born troublemaker and adventurer. One day, her uncle introduced her to her very first computer – which was connected to the world wide web! In no time at all, young Lan started an importing and exporting company, selling fine silk to North American buyers; selling North American candy to young hipster Viets. 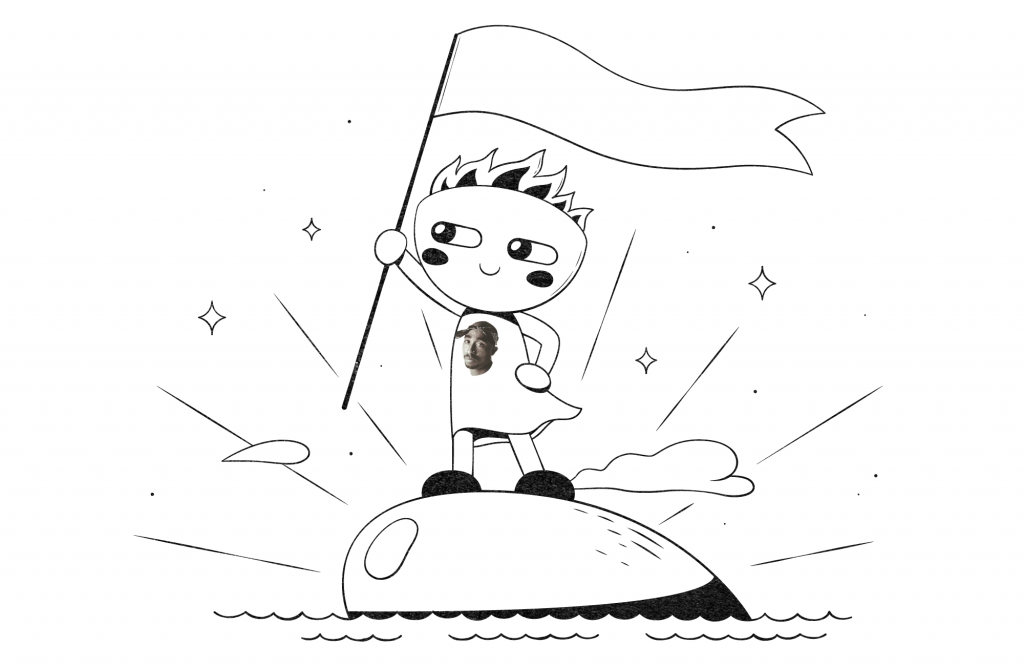 Young Lan learned from her parents that through hard work and sacrifice one can become a rags-to-riches story. She dreamed of running her own business, and one day becoming a philanthropist.

Lan did not want to ever get married or have kids. 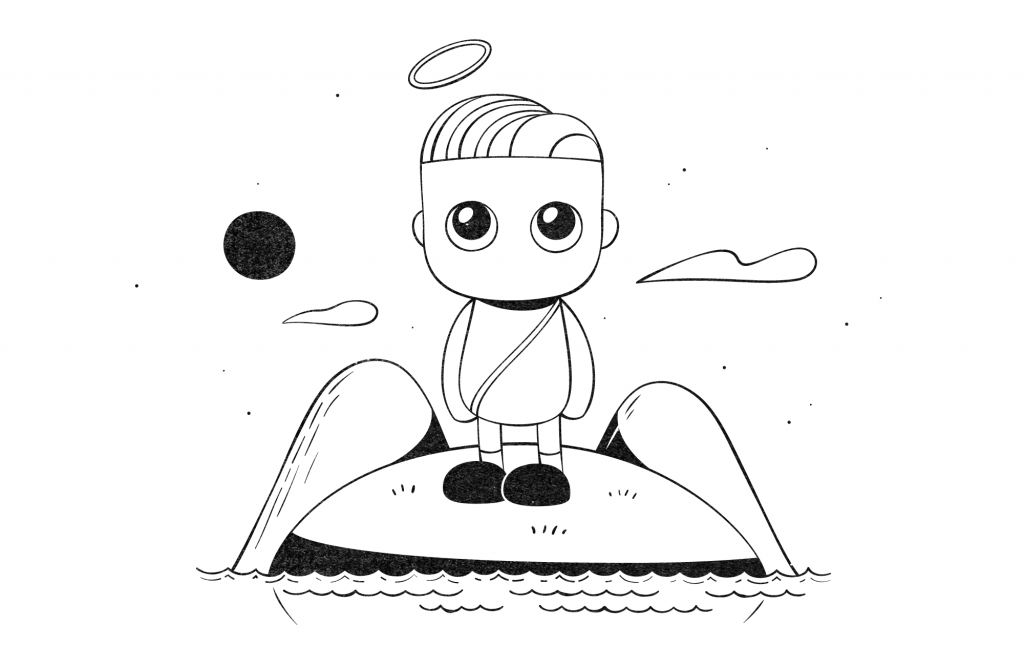 Back in Canada, there was a young man – half gentleman, half hooligan – by the name of Trevor the Terrible! Actually, Trevor was an angel, but Terrible sounds cooler.

As a young man, Trevor did well in Judo, as well as captained for Canada’s Junior Soccer team. He was a rising star, travelling around the world, experiencing different cultures while learning the lessons of hard work and sacrifice. 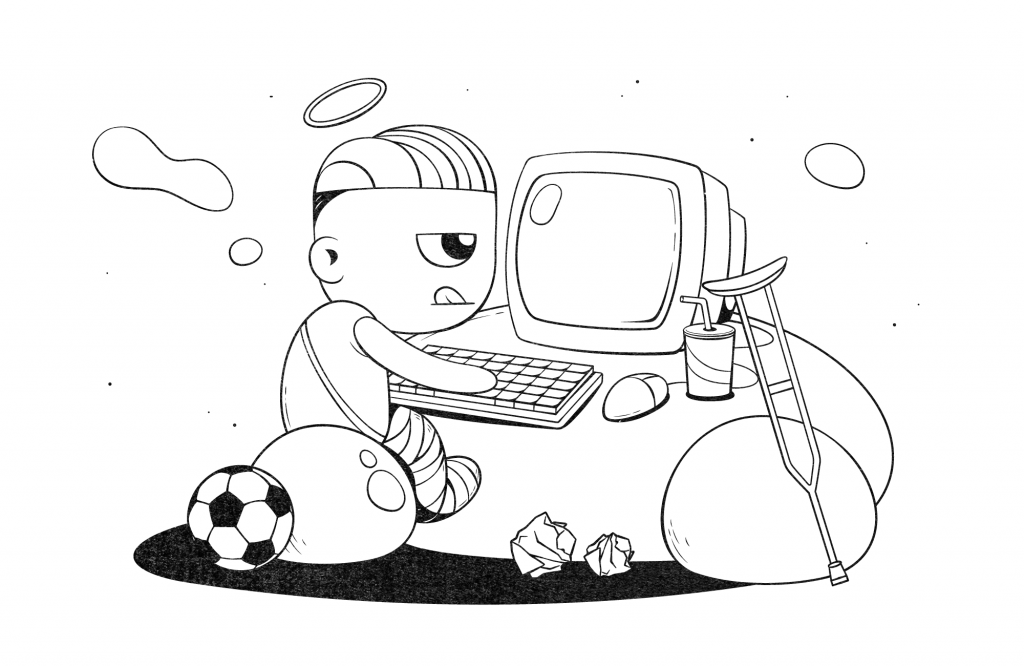 One day Trevor bumped his knee and no longer could play soccer. He turned his misfortune into a fiery passion for art and design. His mom was a successful artist who supported Trevor in his new path.

Pixels Are Made Of Three

It’s the year 2008 and after many failed attempts at business, Grumpy Khalid attempts once more. The eternal hopeless romantic artist and designer meets Fantastic Phở Lan, who also wants to start a business, and still doesn’t want to get married or have kids. 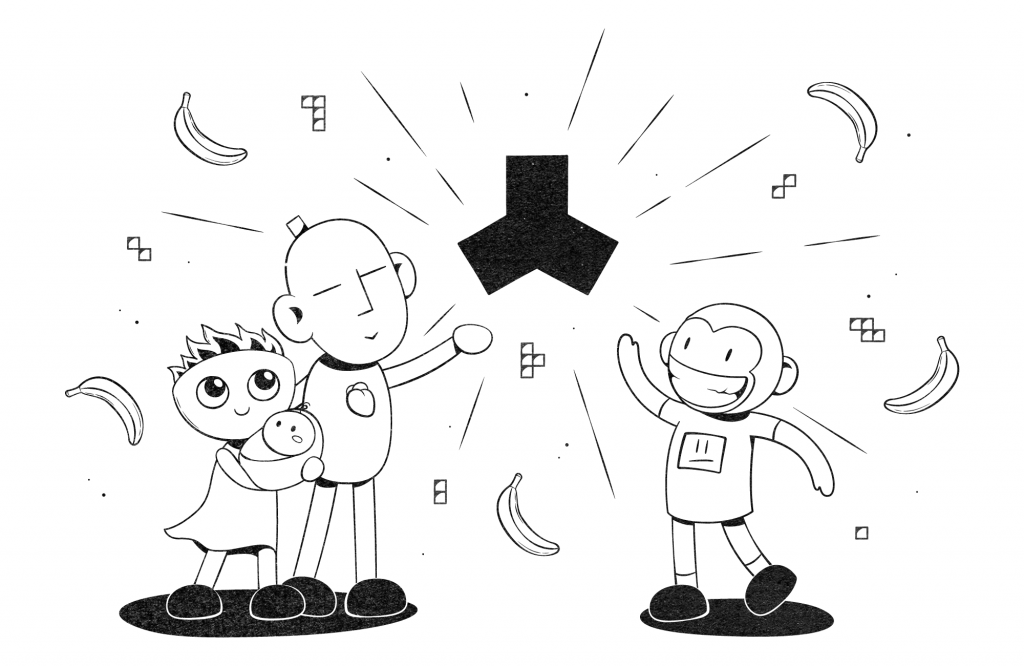 By 2011, the two are married, and have a mini Kal-Lan son named Philo Sayf Tai. Together, with the help of their trusted monkey Pierre, they lay down the foundations of Pixel Dreams.

It’s around this time that Trevor the Terrible Terrific gets his foot in the door as a designer to a mega-big world-wide global hot shot ad agency. Kick-starting his career, he asks himself some very important questions about life, career, culture, and finding a workplace he can carve out and call home. 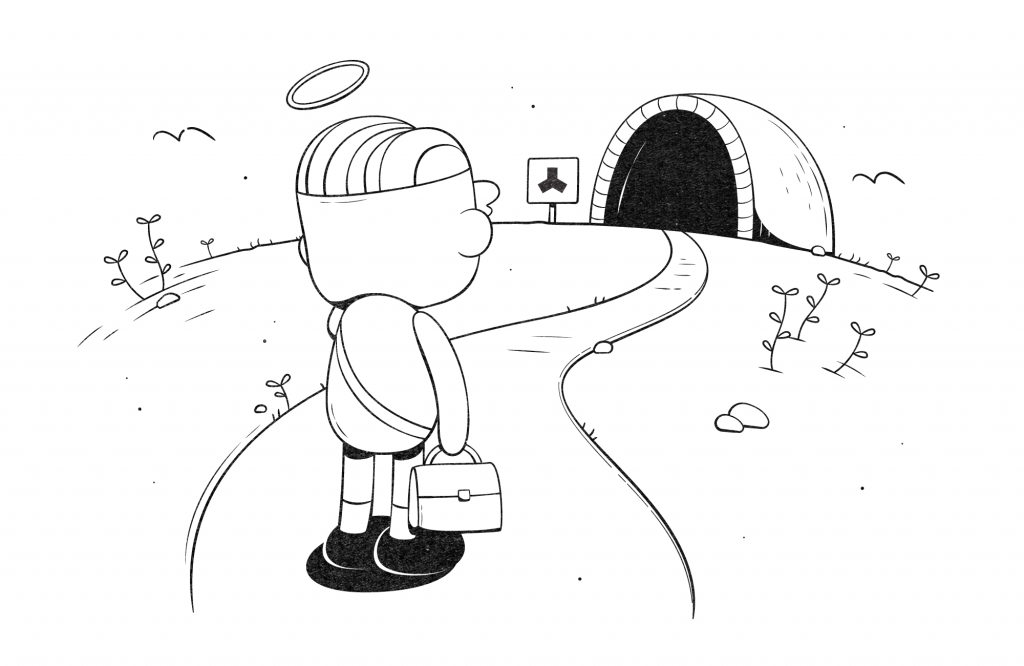 In his quest for home, Trevor discovers a wacky crazy boutique agency called Pixel Dreams. The work looks good, the culture seems cool, and the blog is filled with uncensored off-side raw content. Trevor is intrigued. He decides to take a pay cut from the big agency world and try his luck with the young start-up, Pixel Dreams.

For many years the three work 80-hour weeks, learning the ins-and-outs of business, leadership, design, and storytelling through branding. 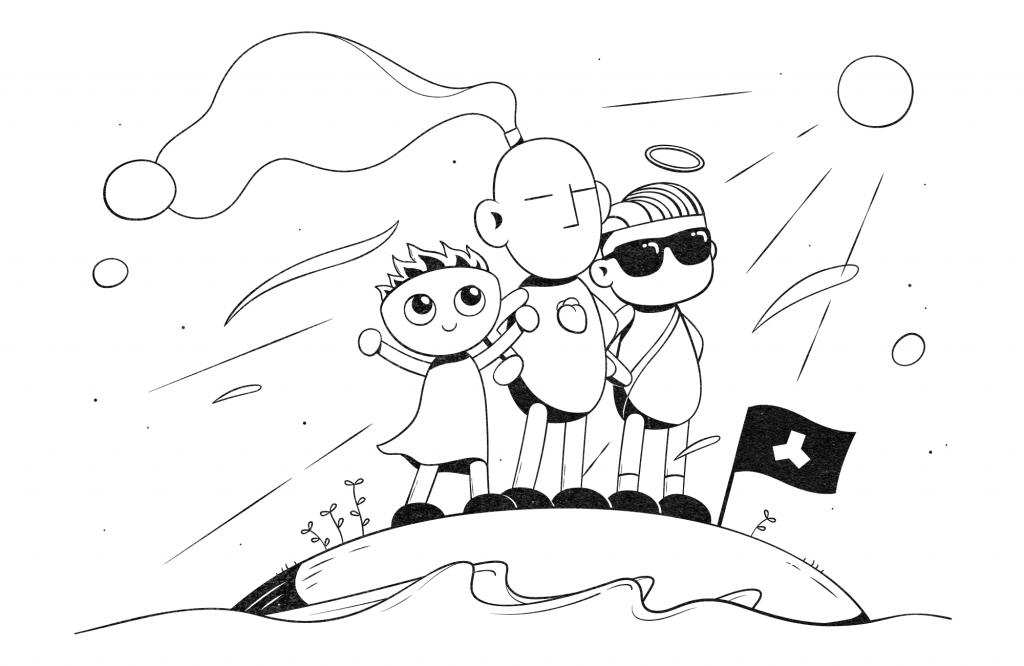 Today, Khalid, Lannie, and Trevor are the best of friends and work closely together. Khalid continues to build the company using his design and building skills. Hopelessly in love with his wife, Lannie, she continues to stir some trouble, leading the company’s strategy and technology arms. And Trevor, he is the company’s fearless design captain and humble leader.

Today, the three Partners with the aid of their awesome, wacky and weird superhero team of Pixel Dreamers get to work with the best clients in the world, supporting them with their strategic business and marketing initiatives.